I’ve been getting pummeled with work lately and it’s ratcheted up even more these last two weeks as a major project closes out and a member of my team gave notice of his resignation.

Unfortunately this has been causing me to ignore the things that are important to me, specifically … 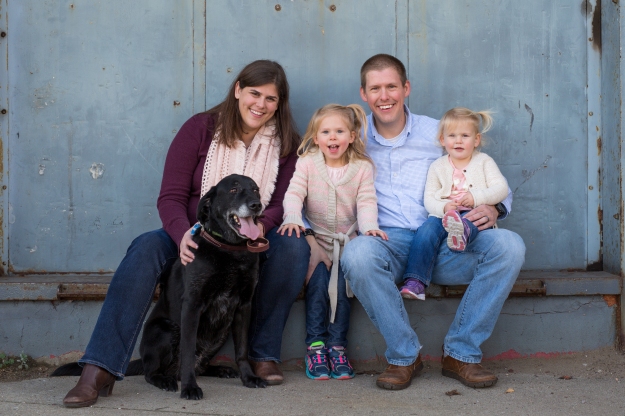 Thank you to http://www.sarahrypmaphotography.com for the awesome family photo – she. does. awesome. work!

So as I sit here, working late (well waiting on some jobs to finish) – again – I mentally put together a ‘to-do’ list for the weekend.

That is of course assuming we get through this current issue w/work.  Don’t get me wrong, I shouldn’t complain, I enjoy my work, but at times it can be a little much.  This is one of those times.

In other news, as I logged into Google Photos to pull down the family picture, it reminded me of the dangers of winter running.  This is from 2 years ago.  I remember the run fondly, running downhill, on ice (before I had yaktrax) slipped, ended up on my ass, and my headlamp slammed into the bridge of my nose.

I didn’t realize I was cut until I returned home.

Y’all have a great weekend!  What’s on your to-do list?

I’m not writing about running tonight – so no hard feelings from me if you’d like to take a  pass on this post. 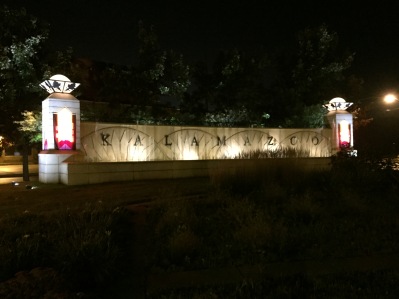 I live in Kalamazoo.  Yes, there is really a Kalamazoo.  If you didn’t know about us prior to Saturday night, unfortunately you do now.

We experienced the same tragedy that many other cities have known all too well.   And my heart aches for the families of those who were murdered.

I’m not going to lie – things are different when it’s this close to home.  When a woman’s shot six miles from your house – when four women are murdered in the parking lot of the restaurant where you took your 4yr old daughter to dinner just last week – when you have friends and family who work with friends and family of people who were murdered – it’s different.

And that’s the shitty part of it – it feels different, but it’s really not – this shit. happens. all. the. time.

Sure we could get into the politics of how we can, or can’t, should or shouldn’t prevent this type of a tragedy in the future.  But that started the minute that the news broke.  And quite frankly I find that disgusting.

No, I’d rather just say my heart aches for the families.  For this community.   And I wish you didn’t have to hear about Kalamazoo this way.  It’s a wonderful city with wonderful people and I’m proud to raise my family here.

And my heart aches.

My thoughts are with the families of those who were murdered.

And I feel shitty that this feels different.

But I love Kalamazoo.  And my heart aches.

When I originally started this blog, I wanted to target the Mohican 100 as my first 100 mile run in mid-June 2017.  However after giving this some thought recently, I decided to instead focus on the Indiana Trail 100.  And that has me excited.

I want to push this Western States goal.  Yes, I want to run a couple of 50 milers before moving up to a 100, but I wanted to run a 100 mile race sooner vs. later.  Thus, I started poking around at the WSER qualifying list to see which races were early in the year.  And I found that the Indiana Trail 100 was in April – and a qualifier.

I see a few benefits to this …

I would still love to run Mohican.  Perhaps in 2018?  I know the chances are very slim that my name will be drawn for Western after only one qualifying race.  Thus, there will likely be other years I’ll need to qualify.

What race are you most excited for in your future? 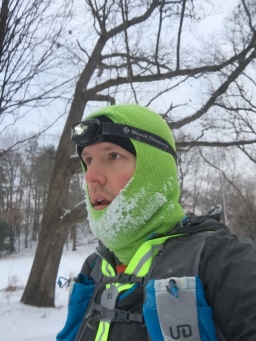 I know, I know we’re half way through February and I’m just now giving you cold weather hydration tips.  But here in Michigan – it hasn’t been cold!  I suppose everyone who reads my blog doesn’t live in Michigan though.  Perhaps you’ll find some of these tips useful.  Worst case, we can pull them out again next year a little earlier in the year.

So while it hasn’t been too awfully cold this year, I do live in Michigan.  It does get cold and I’ve run for multiple hours below zero in a single run.  People have asked me – how do you keep your hydration from freezing?  I’ve asked other people how they keep their hydration from freezing.  Here’s what I’ve learned from my winters of running …

Those are my cold weather hydration tips after a few years of running through Michigan winters.  Do you have any others to add?

I woke up Tuesday, about 4:20am, with the intent of running about 7 miles.  Typically when I get up, my first stop is my daughters’ rooms to tuck them in so they don’t wake up cold, cry and then wake my wife.  As I was tucking in my oldest my phone began to vibrate – work was calling.

I’m a computer nerd.  Actually I’m an ex computer nerd who manages a team of computer nerds.  And when the computers aren’t happy – we get called.  Computers don’t care if it’s 4:20am and a run is on my schedule.

I won’t bore you with the details, but it quickly looked like I would not be enjoying my morning run.

Fortunately though, after spending about 40 minutes on the phone with one of my team members, life on the work front was once again happy.

At this point, I could’ve fired up the teapot and pressed a cup of coffee and read the news.  Or crawl back in bed for a quick nap.  Both sounded great.  But I saw my running gear on the chair beside me – waiting to go enjoy the snow.  And that’s what I really wanted.  Rather than bail on my run entirely, I ran 4 miles instead.

I can’t remember the last time I only ran 4 miles.  But you know what?  It still felt great to get out and enjoy the brisk February morning.

My advice to you – the next time work calls, or something else unexpected pops up – run!  A short run is better than no run in my book.  I think you’ll feel good about running vs. being annoyed that your original plans were spoiled.

What’re your weekend running plans?  I hope to run somewhere around 14 miles tomorrow.  It’ll be a cold on in Michigan!

Next up => 50k as part of the Trail Marathon weekend at Pinckney Recreation Area.

I began the year with hopes of returning to the KalHaven Trail Run, where I ran my first Ultra last spring.  I thought it’d be cool to see what a year of Ultra running would do to my time.  Unfortunately work had other plans.  And by work, I mean me – I’m the one that originally scheduled this maintenance window (I’m a computer nerd) without checking the schedule against the races I wanted to run this year.

Thus, the last few weeks – since I realized I can’t run KalHaven – have been a bit off the rails from a running perspective.  There were other reasons too, but I’ve already covered them.

Winter training – trying to dig out of the Hole

Truth be told, after the minimal running over the few weeks, I was also starting to fall back into the Hole.  A few days ago my alarm went off to run, I silenced it, rolled over in bed and told my wife – I need to find a race to run this spring so I can get my shit together.  I then went back to sleep.

Well, I found the next race and I’m pretty excited about it.  I’ve never run out at Pinckney, but I’ve heard awesome things – especially the Potowatami trail where we’ll be running.

I’d considered it earlier in the year, but dismissed it thinking there was a conflict between it and the 5k at our local Nature Center where I’m volunteering and my daughter is running the kids run (her first run – she wants to learn to run w/me this year – awesome!!).  Well – upon further review, the 5k is Saturday and the 50k is Sunday.  Woohoo!

Now that I have my sights set on a race that I can train for, here’s to digging the rest of the way out of the Hole.

In other news, it’s Super Bowl Sunday – who are you rooting for?  I knew you’d say the Broncos! – Go Broncos!

Also, what’s your go to beer, or wine, or spirit, for the game?  I’m going with Bells Hopslam.  It’s awesome.